(broke this trip down into 3 separate posts because I couldn't get it to post in one.  no idea why.)...

My sister was planning a special SURPRISE event,
so Cowboy and I decided to visit her and her family in Pennsylvania
and be a part of the surprise.

The Day we flew INTO Philly

My sister lives nowhere near Philly....she's north of Harrisburg actually
(2 1/2 hrs from Philly),
but we flew there  for one reason, and one reason only......
the tickets through Hotwire.com to Philly from Phoenix
were ridiculously cheap!
(this past year I've been a Hotwire junkie!
It's saved us lots of $$) 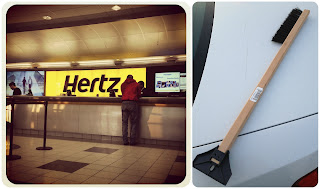 (not gonna lie, got a little freaked out when I saw that snow scraper lying on the back seat of our rental car!) 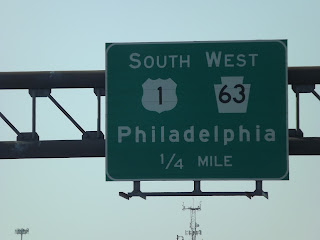 There are a couple of amazing bonuses to being in Philly...

we drove straight from the airport to get one of the city's best!
(now I can scratch that one off the BUCKET LIST) 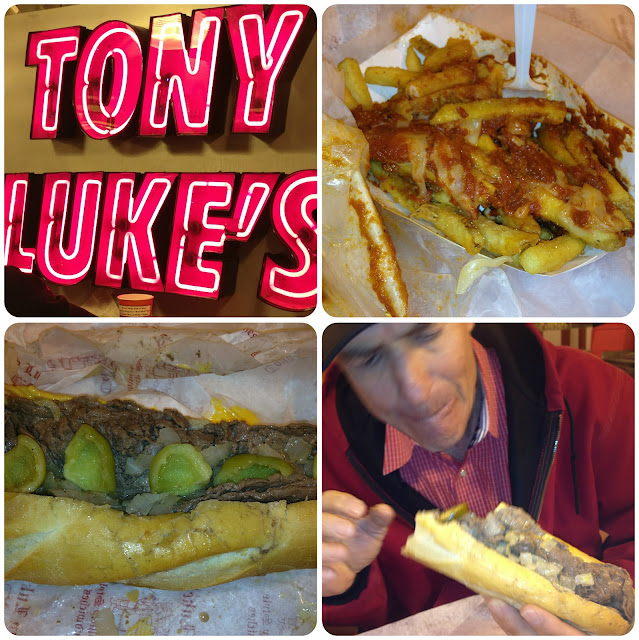 Oh yeah, it was all that!
Can't you just feel the heartburn coming from those fries covered in cheese and pizza sauce?

That's pretty much all we did the night we flew in.

We left from there to drive the 2 1/2 hours to Connie's house.


Here's where you can see what we did when we weren't in Philadelphia:


The Day we flew OUT OF Philly

We said goodbye to my family and headed back to Philly to fly home.


We had a little extra time before our flight, so it was definitely a great time to check something else off that BUCKET LIST!


This has been on my BUCKET LIST for as long as I can remember!
I was seriously so excited to see it!!! 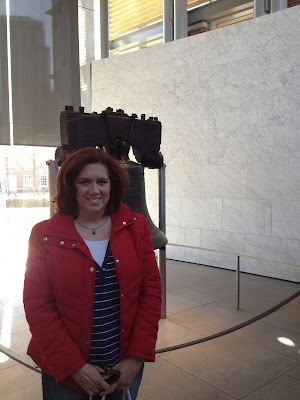 I forgot to tell Cowboy to take the picture of me NEXT to the bell,
NOT in FRONT of it.  Whoops! 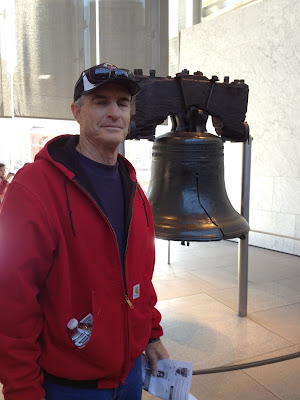 LOL.
Course, I caught him with his eyes closed.
We are so awesome with the camera  ;) 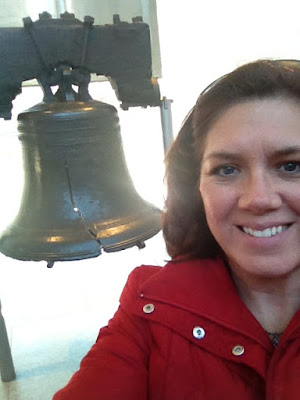 There, now you can see that famous crack!
It's all it's cracked up to be!!!
(you just had to know that was coming)

Right across the road is 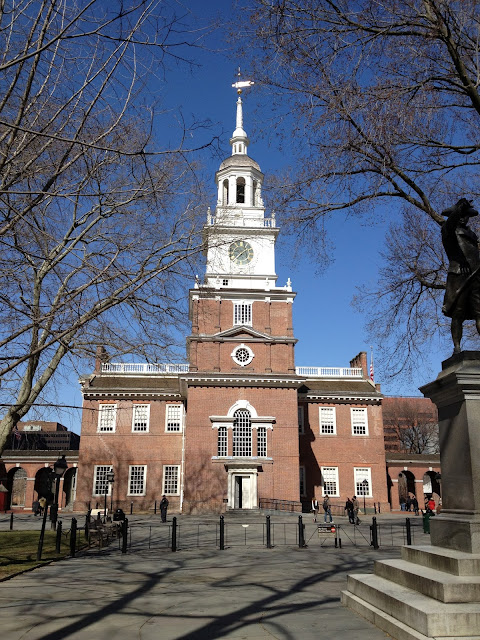 There is a lovely feeling of reverence on the grounds.
So amazing to be right there where the Declaration of Independence was signed!!! 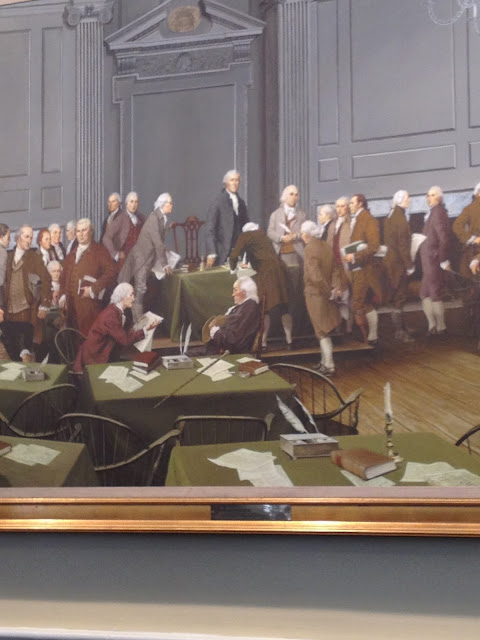 A painting hangs there which portrays every single man who signed the Declaration. 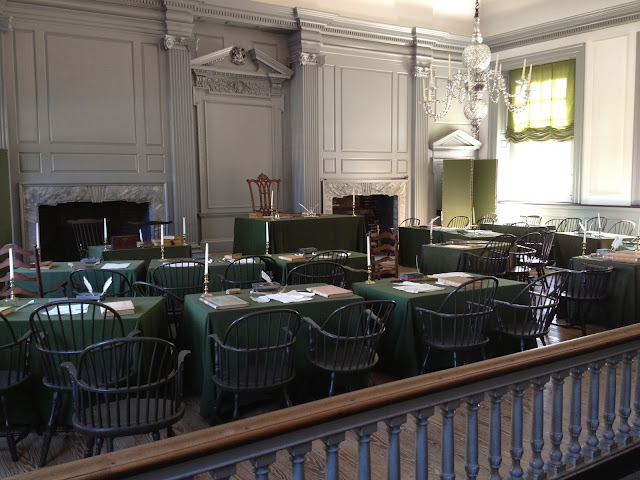 Here is the actual room where the Declaration was signed 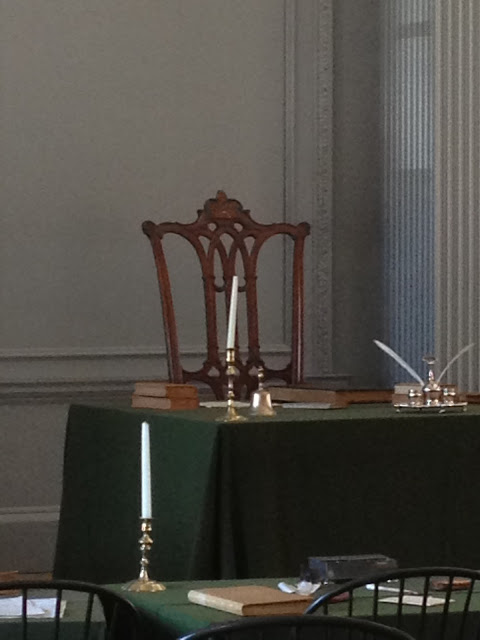 This is the only original piece of furniture from the event,
and wouldn't you know
it's GEORGE WASHINGTON'S CHAIR!!!
I'm pretty impressed by that!!! 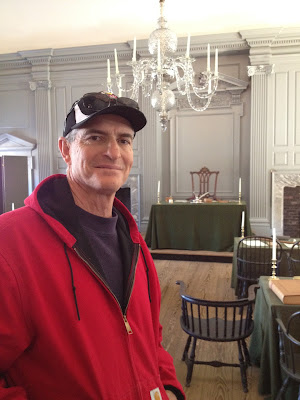 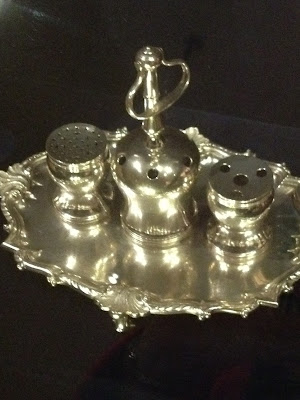 Here is the ink well that is believed to have been used for the signing of the Declaration. 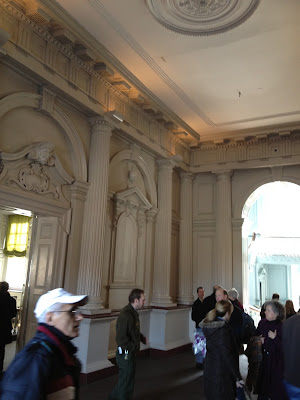 The building is very ornate inside. 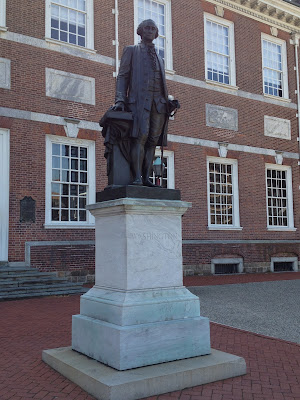 Benjamin Franklin stands out front guarding the main doors.
I love that guy!!!

Philly is SUPER close to New Jersey.
We didn't go to Jersey, but Jersey came to us!
We stopped for lunch at an Italian restaurant near Independence Hall
and were served by the epitome of a Jersey Girl!
She was awesome!
Ohhhh man!  REALLY good Italian food!
And if I could remember the name of the restaurant I'd tell you, cuz you gotta eat there!
After such a spicy saucy lunch I was thinkin

It seems that you can always find an amazing cupcake bakery when you're in a crowded city center area
and Philly is no exception. 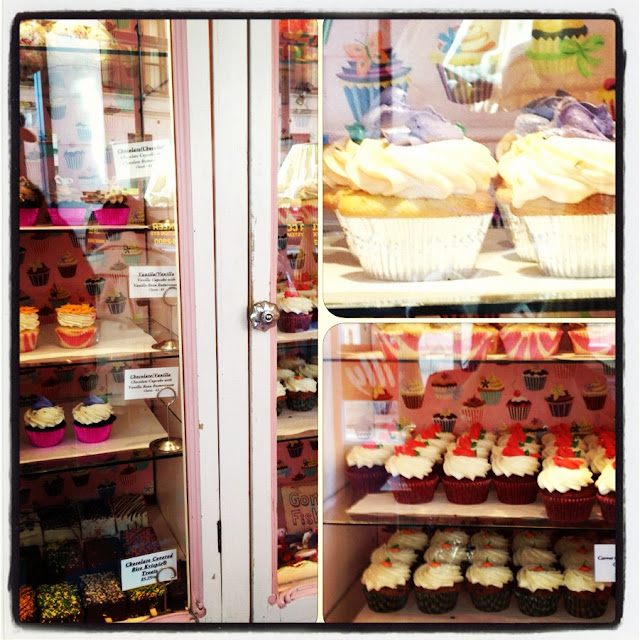 It was difficult to narrow it down, but I chose these two:

As good as they look, I promise you they taste even better!
Red Velvet and the other one has all kinds of chopped Reese's PB cups hiding in it.  OMGOSH!

I gobbled slowly-savored these on the way to the airport.

There are so many more things I would love to see in Philadelphia
and I'd LOVE to take the kids with us next time!