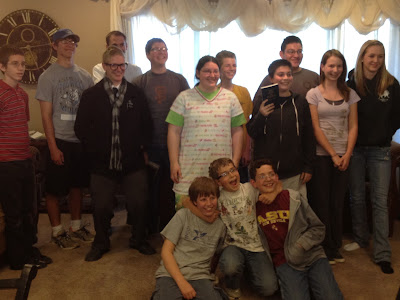 A couple of months ago I read in the newspaper about an LDS Youth group
who'd had a Book of Mormon Read-A-Thon.
It intrigued me, but I was sure that OUR youth group
would be bored to tears.....

Wow, never imagined this would be so successful!

Almost everyone showed up!

We met at 5 pm at one of our Young Women's leaders home. 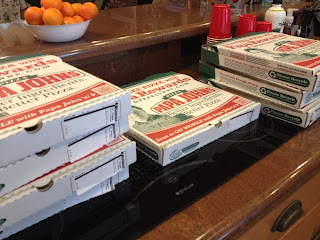 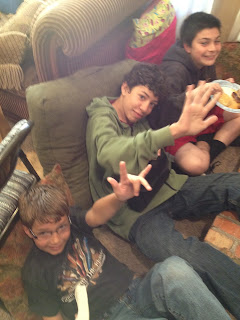 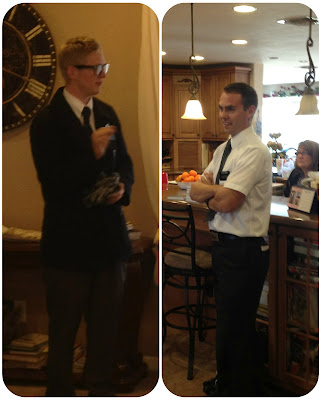 The missionaries started us out by explaining a few things about personal revelation
and how that can happen when we read the scriptures. 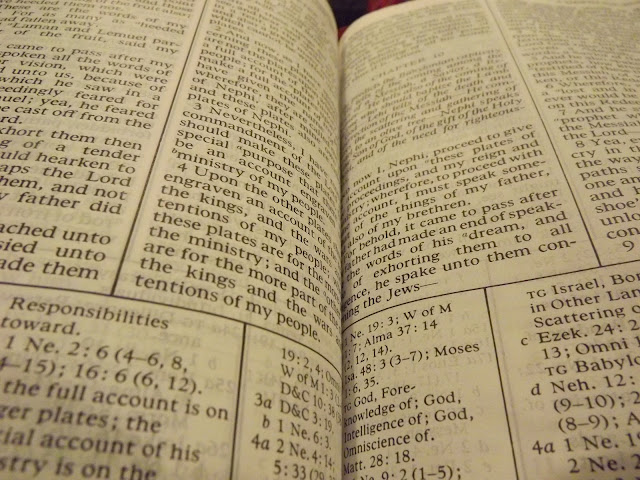 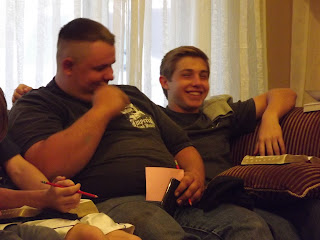 The kids were glad to be there! 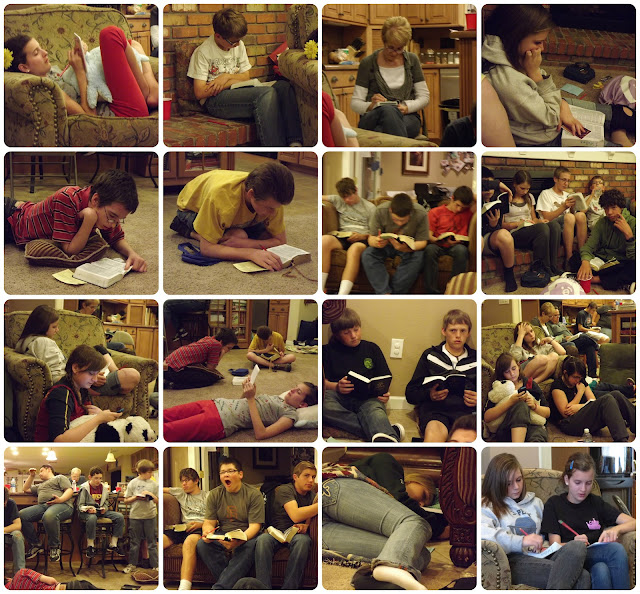 Just look at them!  Wow!!!
We may have had a little giggling
(okay, at one point a LOT of giggling, including the leaders)
a little yawning
and a little napping here and there....

BUT THEN NEPHI SHOWED UP TO READ HIS WORDS TO US!!! 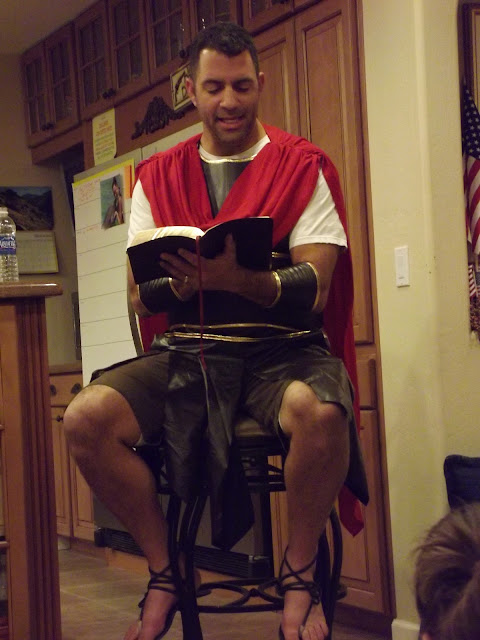 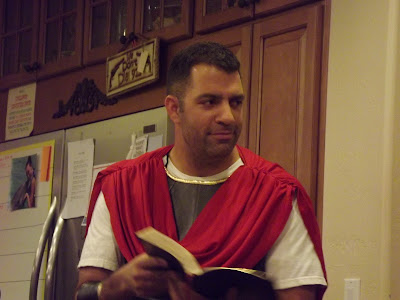 Yeah, our Nephi is cuter than your Nephi! 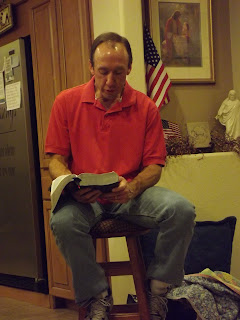 We also had a couple of other guest readers to keep us going until 10 pm.

We girls had a sleepover at MY house!  WOO HOO!! 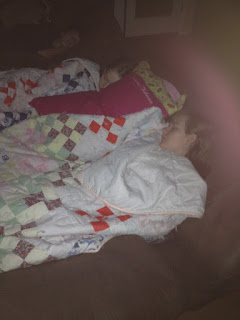 It was a quick sleep because we had to be back by 7 am for breakfast. 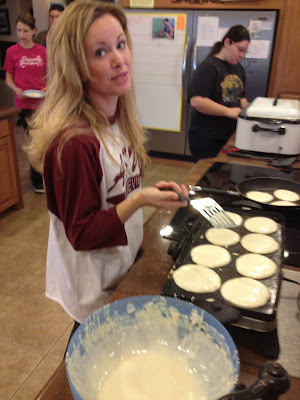 The gorgeous Sister Gable flipping delicious pancakes....she looks like one of the Young Women!  :) 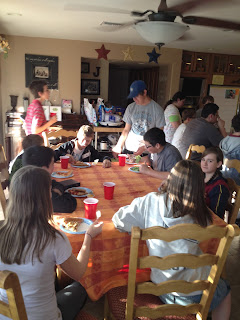 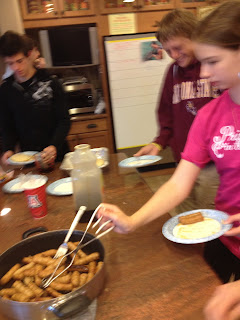 I though the crowdedness would be a problem,
but it was actually nice to be close to everyone.

After breakfast it was back to reading together until noon... 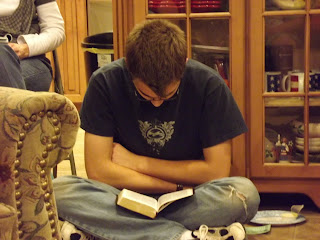 WE GOT TO MOSIAH!

We decided to read together to keep everyone up to speed by either
taking turns,
guest readers,
or playing the CD's.

I've heard you can download the MP3 version of the scriptures and up the speed to go faster,
but I'm not sure how to do that.  Would love to know if YOU know! 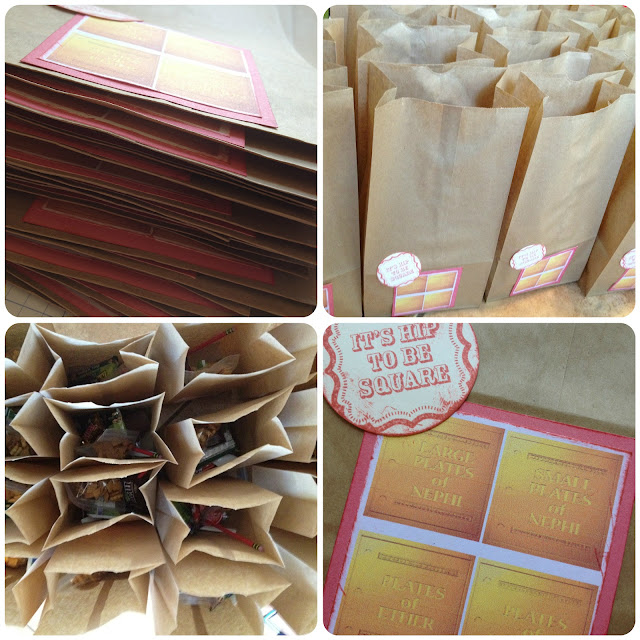 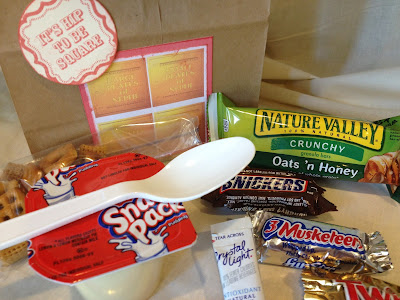 We filled the bags with Chex Mix, pudding cups, a few small candy bars, granola bar, and Crystal Light to put in their water bottles (which we provided)

We also provided red scripture marking pencils
and a Book of Mormon reading chart for each participant.

READING CHART
This chart is awesome!

The girls also received a laminated bookmark (designed by BugABoo Corner)
with the 2012 Young Women's Theme. 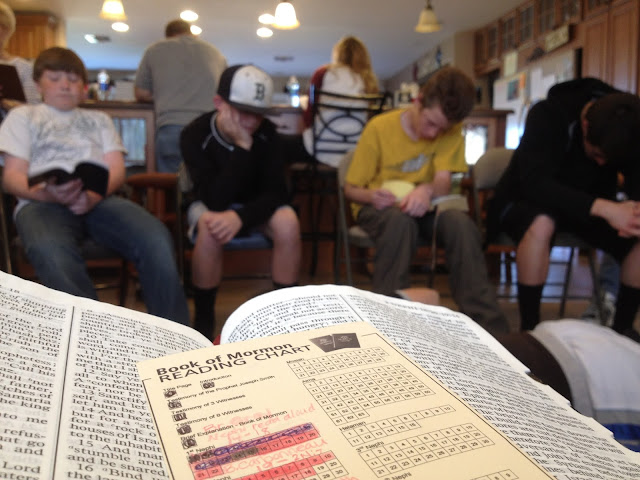 I was so impressed with the kids and their motivation to get as far as possible!

So much so that I challenged each of the Young Women to FINISH reading the Book of Mormon by the end of March.....and if they do, I will personally throw the achievers an
***ICE CREAM PARTY***

I hear that the Young Men are going to do the same thing and that it's their goal
to have more Young Men finish than Young Women.

We shall see about that.

After getting home from the read-a-thon I challenged my family
that we could do the same.....finish it by the end of March.

I'm excited for everyone's testimonies to be strengthened in the Book of Mormon
and to accomplish such an awesome personal achievement!

I love reading it and I love that my family
and our church youth group loves to read it too!!!