She's ALWAYS Been my Idol! {an American Idol Experience}

NEVER GIVE UP ON YOUR DREAMS!

My daughter, Shelby had just finished her summer job
selling pest control door-to-door in Tennessee.
On her way back to Arizona she finally FINALLY FINALLY
decided that she'd audition for American Idol.
Helllloooo New Orleans!!! 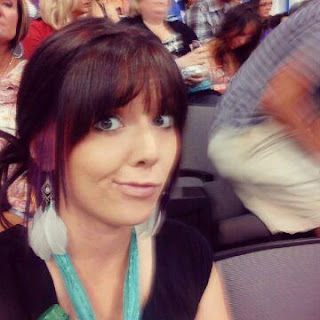 A very-fabulous online friend of mine hooked her up with a friend of his in New Orleans (THANK YOU STEVE!!!), so she'd have a safe place to stay (THANK YOU NICOLE!!!).

She got a new cute dress.
She registered and got her official wristband
{which is done days before the actual audition....
which also, by the way, is NOT with the celebrity judges.
People, this is NOTHING like what you see on TV!} She posted her audition choice on YouTube for feedback.
She was ready to go! 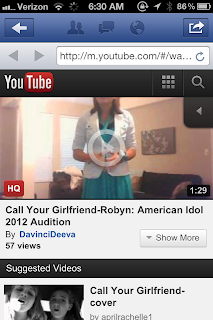 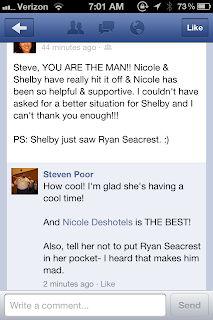 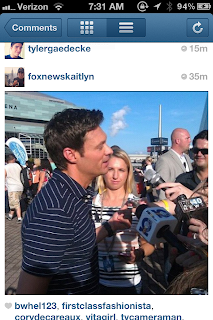 (not gonna lie, I have the HUGEST crush on this boy!) 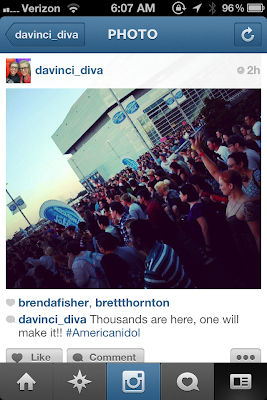 Sooooooo, she waited in the crowds, guessing about 4,000 to audition, waiting waiting waiting,
hanging out, texting me every other minute (as she was told to do)......

Imagine what it's like to audition 4,000 people in one day.
Always wondered how that worked.
Well, four people audition at a time with a set of judges
and there are like TWELVE SETS OF JUDGES!

AND GUESS WHAT HAPPENED?????

she didn't make it.
*insert frowny face and a few tears here*

But this is not even close to where this story ends.
Because you see, my friends, she still had to drive home to Arizona
and there just so happened to be   One.  More.  Place   where she could audition.
HELLO OKLAHOMA CITY!!!!!!!

So, just a few days after her Louisiana experience,
she got to hit repeat and do it all over again in gool ol' Oklahoma!

I call that BRAVE!!!

Hi, I'm back, ready for humiliation and rejection again.
Bring it on.

This time there were TWICE AS MANY PEOPLE AUDITIONING
as there were in New Orleans!
Like, 8,000+!!!
WHAT??? 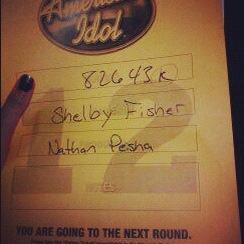 I know, RIGHT??!!!
When she immediately called to tell me, I seriously thought she was lying....
you know........MESSING with my head!

Oh me of little faith.

She was told that she had to totally keep it under wraps.  No social media.

Absolutely NO ONE noticed that we had posted it to any of those places.
Pretty sure.

So, cool, now she gets to go back and audition again in a couple of weeks,
meet the fabulous celebrity judges
before-the-summer-is-over
before she's-back-in-college
so she can just move on with her life.

Let me just add some side notes in here, in case you're reading this decades later and you can't remember who the American Idol judges-of-the-week were........

We've still got Randy Jackson
(who apparently doesn't have anything else going on, so he's still available)

Mariah Carey had JUST been signed (not really thrilled with this, but.....whatever)

I mean really, has the show gotten that {insert adjective of your choice here}
that they can't even get judges anymore?
For the last two years they've had Jennifer Lopez (LOVE!!) and Steven Tyler (LOVE!!).
Was so bummed to see them both go.

But who's gonna take their places?

It took FOREVER for the show to sign a couple more judges.

But finally, after much waiting, they signed on

Wait, Nicki Minaj?  Who the crappola is Nicki Minaj?
Have I really gotten THAT old???
Looked up pics and info on her.
Still.  No.  Clue.
And she looks like she's from Hunger Games Capitol City.

So, back to reality, Shelby didn't get her callback for
THREE MONTHS!
THREE!
Mid-October to be exact.
We were actually starting to wonder if they'd lost her info.
Yeah, so when she heard back from AI, the rest of us were on vacation in Mexico
with no cell phone service.
She was posting on Facebook for someone to find me!  lol
Just so happened that someone was able to reach me right away.

ONE HOUR AND TWENTY MINUTES after I got back from the Mexico trip,

just enough time to empty my suitcase of swimsuits and capris
and refill it with long pants and sweaters.....

we were headed to Oklahoma City!!

At the time Shelby was in school up in Utah.
I was down here in Phoenix.
We met up in Flagstaff that night, then drove the rest of the way to OK City the next day.
Round trip for me: 2,035 miles
Round trip for Shelby: 2,674 miles

Sidenote:  Click on the photo or the link below it to hear the new song she had prepared! 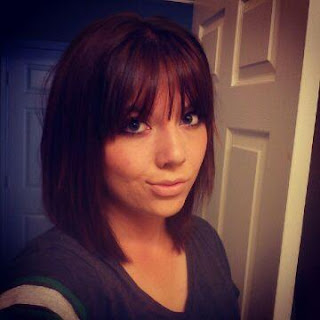 WARWICK AVENUE
{I love it!}
she likes making funny face.

This was my favorite part of her American Idol journey,
because now I got to share every moment with her in real-time! 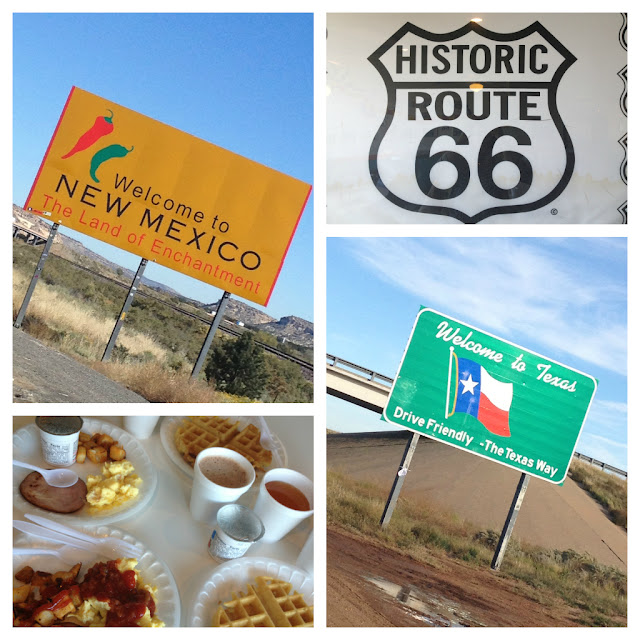 Arizona to New Mexico to Texas to Oklahoma.
We were totally getting our kicks on Route 66 with all the great breakfasts
that were included in our motel stays.
Mmmmm, waffles, eggs, bacon, yogurt, hot cocoa,
country hash browns, apple juice, ham.......

Sorry.  I was hungry while I was writing that.
Oh yeah, I'm supposed to be talking about American Idol. 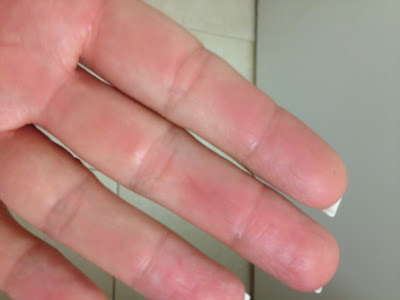 My hands were literally bruised from driving for so long.
{can you see the red streaks on my fingers?}
That was a first! 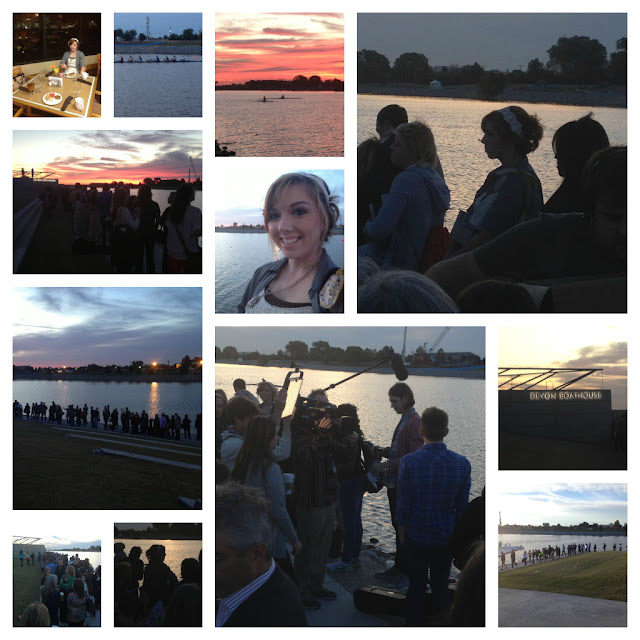 We got up at 4:45 am {which was 2:45 am Arizona time} to get ready, and eat breakfast in the dark.  Gotta say, the Sheraton in downtown Oklahoma City serves a severely mean delicious breakfast!  Which is a good thing, cuz we didn't eat again for many many hours.
{this is starting to sound like the Food Channel}
The contestant line was already pretty long by the time we got there at 7 am {5 am AZ time}.
It was chilly standing out there in the dark next to the river, but the sunrise was beautiful and it was amazing watching the rowers come out of the Devon Boathouse, where we were situated.

First they separated the contestants from their families, and filmed EVERY. SINGLE. ONE. OF. THEM individually.  There were cameras everywhere all day!
The contestants were then marched off to I-don't-yet-know-where.
GOOD LUCK, SWEETIE PIE!!!

All friends and family had to sign a release form, you know, we could possibly humiliate you for the rest of your life, but sign here and be okay with that, yadda yadda.
THEN I GOT A WRISTBAND!
Dude, I was super happy about the legit wristband!!! 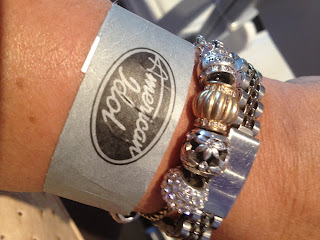 {I didn't take this band off for weeks.....goofball, I know}

Was soooo glad to be let into the tent {cuz oddly it was getting colder outside}.
There were all the contestants, waaaaaaay over on the other side.
All numbered and stuff. 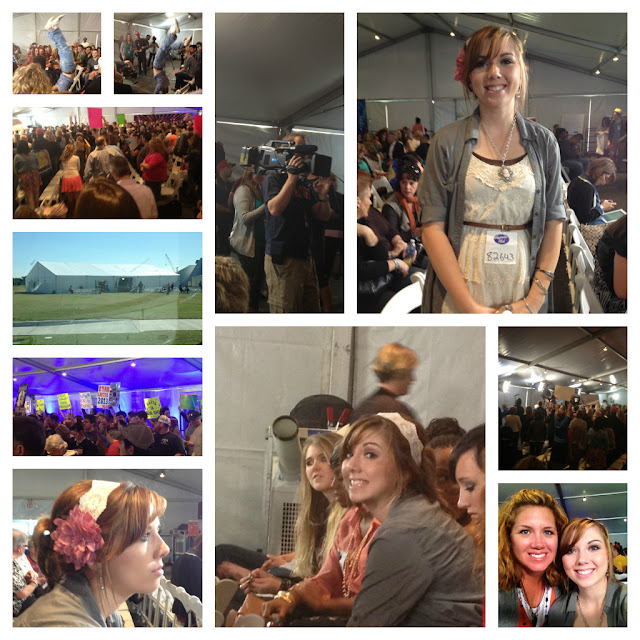 After enough people were moved out, Shelby and I could sit together again.  Yaaaay!
Oh, and if you know any nifty tricks, like walking on your hands, or extreme gymnastics, your chances are super good of getting on camera, like, a LOT!
We sang "Oklahoma".....um, I dunno, I lost count.  Bunches.
Good thing I was once in the play "Oklahoma" so I kinda remembered some of the words.

Also, I must mention
that I've never seen so many beautiful, well-dressed and UBER TALENTED
kids in one tent.......IN MY LIFE!
There was some stiff competition!!!

Should I tell you now what happened
or should I make you wait until January to watch the show???

Well, first of all, when she sang Warwick Avenue,
the judges LOVED her!  They said she was just what they were looking for

they wanted her to sing ANOTHER song

well, she didn't come back with another golden ticket in her hand
and she didn't have a smile on her face.

We had a little cry in the parking lot.....
{we are too classy to flip off the cameraman or throw slushies}
got in the car
drove to Texas
ate awesome steaks at Texas Roadhouse
{pretty sure they are even better in Texas}
and laughed and sang the rest of the way! 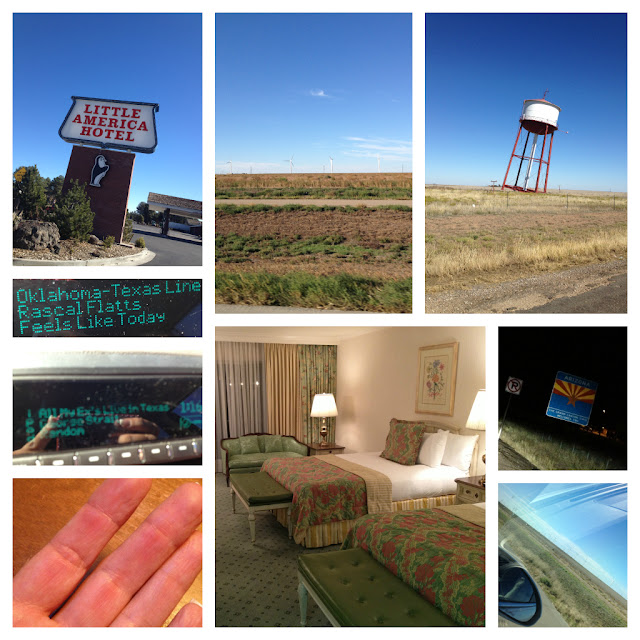 I'll tell ya, it was TOUGH getting back to Flagstaff that night {862 miles in one afternoon}
but we did it!
Hello Little America
{which I highly recommend if you're in Flagstaff.......
the room was one of the loveliest I've ever seen
and we booked it cheaply through Hotwire.com!}

So after letting Shelby sleep in a bit
{I do not have the ability to sleep in...if I sleep til 6 I feel like the day is half gone}
we went coat shopping!
After all, she was going to turn 21 in a matter of days
and I wasn't going to get to spend her special birthday with her
AND she lives in freezing cold Utah!

Soooooo, which do you think she chose?
Coat A
Coat B
or
Coat C?

Coat A {the cutest, and a breeze would blow right through that sweater-like thing} 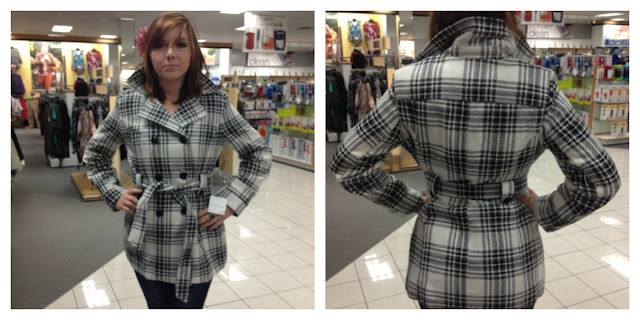 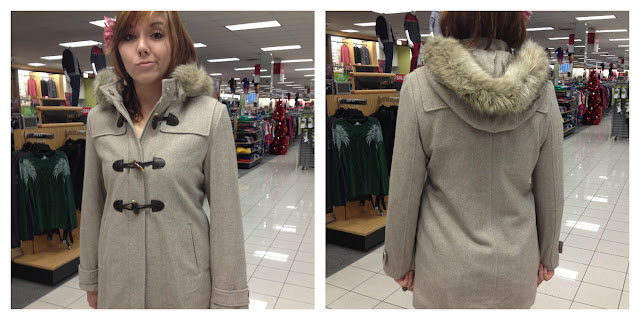 Did I make that too obvious?
:)

Did I get over American Idol too easily.
Yup.
I hope Shelby did too!
{pretty sure she did}

So it comes down to this:
I don't care if you watch American Idol this season!
lol
Except that you might see me reading a book right behind a group of kids who DID make it.